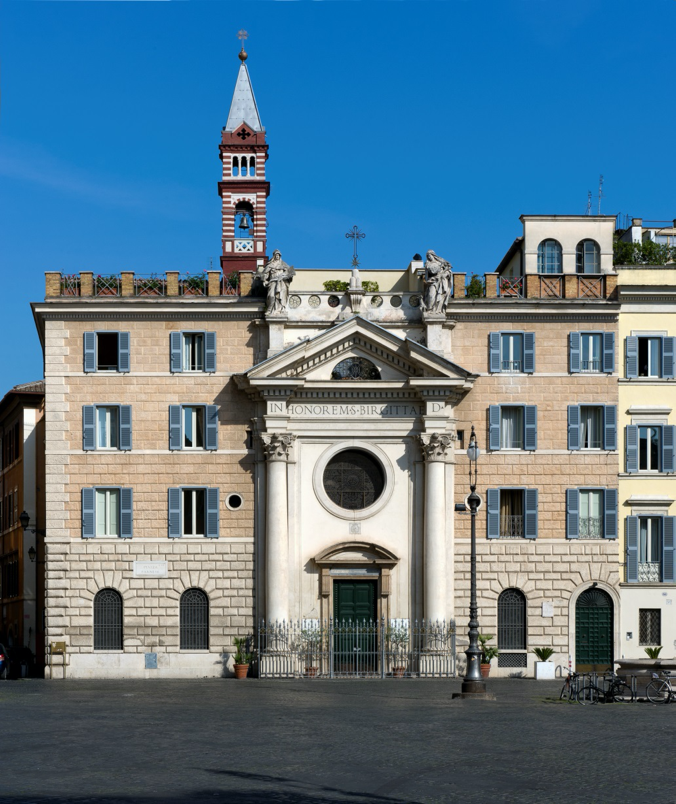 The Order of SS. Savior of Saint Bridget begins on 8 September 1911 and was approved by the Holy See definitively December 2, 1940. The communities of the Brigidine Sisters who seem to spring up from the prayer of one who, in the fullness of woman with many gifts of nature and grace, has made possible this expression: "O God, guide me amiable light."

The birth, stability and prosperity of this religious family are intimately related to the founder, Saint Elizabeth Hesselblad, author of the spiritual rebirth of the ancient Order, beatified April 9, 2000 by Saint John Paul II.

Elizabeth Hesselblad, Swedish Lutheran, converted to the Catholic faith, with the desire to restore the old order, in the first decade of 1900, visited almost all the bridgettine monasteries existing with the desire - which felt like a mandate - to refound the bridgettine charisma with a return to origins adapted to new times. She faced hardships and trying times in a remarkable historical moment of revival for the Church, especially in the consecrated life. Her attitude is summed up in a huge confidence and in prayer: "Thank you, my God, because you gave me the anxiety of research."

This search for the will of God has been the leitmotif of his life and his actions, really enlightened by grace, has given rise to the new Order which has maintained since its beginning its loyalty to the rich and consolidated bridgettine tradition.

The Order's headquarters in Piazza Farnese, ancient and medieval home of Santa Bridget in Rome is still the heart of the activity and training of the sisters. It was rescued by the Saint Elizabeth, with the tenacity typical of the saints! From the first group of sisters, that with the pioneering spirit have followed the intuition of the woman that Cardinal Merry del Val called "the most extraordinary woman of Rome," today all Bridgettine around the world live with intensity values ??of consecrated life, with listening, contemplation and adoration of the Eucharist, the internalization of the Word of God, the solemn celebration of the Liturgy of the Hours and apostolic activity is linked to the charisma of Saint Elizabeth of Santa Bridget. The old motto "Amor meus Crucifixus est" takes the bridgettine nun both in welcoming host and at the time of study, prayer and work.